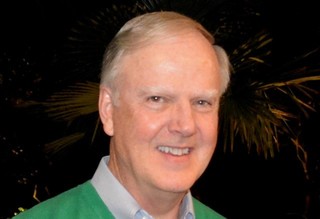 James Skelton has practiced law for more than 45 years, specializing in international energy transactions, which has taken him to 35 countries in Europe, the Former Soviet Union, the Middle East, Africa, Southeast Asia, and the Americas. The first five years of his practice were spent in private practice, after which he worked for Conoco for nearly 28 years before retiring in 2008. Thereafter, he returned to private practice with an international law firm from 2008 to 2013, and subsequently as a solo practitioner and an international legal consultant. He also served as an Adjunct Professor of Law at the University of Houston Law Center from 2008 to 2016, teaching the course in Energy Law: Doing Business in Emerging Markets.

James holds a Bachelor of Science degree in Economics from Arizona State University, a Doctor of Jurisprudence degree from South Texas College of Law Houston and a Master of Laws degree in International Legal Studies from New York University. He has published 25 legal articles for legal periodicals and books, and has made 18 presentations at international conferences in Houston, Dallas, London and Moscow. He is the author of the memoir Volunteering in Ethiopia: A Peace Corps Odyssey; a coauthor of the textbook Doing Business in Emerging Markets: A Transactional Course; and the lead editor and a coauthor of the anthology Eradicating Smallpox in Ethiopia: Peace Corps Volunteers' Accounts of Their Adventures, Challenges and Achievements.

This book contains a wide variety of unique and perceptive stories about the experiences of the Peace Corps Volunteers (PCVs) who worked in the Smallpox Eradication Program (SEP) in Ethiopia between 1970 and 1975. There are 21 chapters, written by 15 former PCVs, Dr. D. A. Henderson, the Director of the World Health Organization's (WHO) global smallpox eradication campaign, and the reprint of an article by Dr. Ciro de Quadros, the WHO Epidemiologist in charge of field operations in Ethiopia. All of the stories provide insights into the personal, practical and technical aspects of the work. The PCVs' stories include vivid, first-hand descriptions of the living and working conditions in Ethiopia during the implementation of the SEP. The reader is given an insider's view and understanding of what the PCVs were experiencing, accomplishing and thinking during the days when Ethiopia was reporting more smallpox cases than any other country in the world.

Volunteering in Ethiopia: A Peace Corps Odyssey
Reveals the inside story of the PCVs from Group XIV in Ethiopia in the early 1970s